Will Fast Food Jobs be Fully Automated by the year 2030? 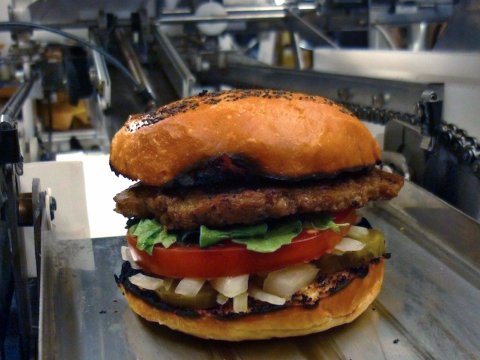 Will Fast Food Jobs be Fully Automated by the year 2030?

The hottest trend in dining today is the automated restaurant.  Every aspect of restaurant services are under review for updating and streamlining, mostly through automation.  The reason for this is the confluence of several current trends.  The trends are:  1. The reduction in cost of robots to do specific tasks.  2. The knowledge of robot developers to apply algorithms to solve once-human tasks; 3. The capability of robots enhanced by AI and machine vision and machine touch; and most importantly, in my opinion, 4. The increase in minimum wages in many cities and states in North America.

The wage story is a real driver for fast food restaurant automation.  With wages doubling in many cases, from $7.50 to $15 per hour, the Return on Investment (ROI) of capital equipment delivering automated solutions for restaurants instantly became at least twice as attractive.  Once the “payback” for any type of capital investment drops below 12 months, it is irresistable for business owners to make that investment.  Now that complete robot cells the type and size of which are needed by automated fast food restaurants have dropped below $50,000, it is easy to see how newly increased minimum wages to $15 per hour over 16 hours per day and seven days per week, plus benefits, is much more than $50,000 per year.  The payback on robots for tasks now done by human workers just hit the magic number at less than 12 months.

It is technically possible, now, for robots to do virtually every food preparation task in any given fast food restaurant.   The counter tasks are also becoming automated, first with order entry and payment systems taken over by iPhones and at restaurant kiosks and eventually by totally automated food presentation and delivery systems.  Companies like Starbucks and McDonalds have already introduced online ordering.  New entrant Eatsa has introduced automated food delivery, the counter function of most restaurants.  It is only a matter of time, say 13 years from today, until 100% of automated fast food restaurants have converted to automated solutions to eliminate the cost and quality variations of human workers.  Lost will be a major way in which children learn how to work and manage time.

#Miso Robotics has recently introduced #Flippy to flip burgers at restaurant chains in California.  This concept has been around for 40 years.  McDonalds investigated robots for burger flipping in the 1980s.  But the technology was not adequately dependable and too expensive at a time when workers received $3 per hour.  Now with technology and social changes, it may be the right time for robots to take their rightful place as restaurant food preparers.  French fry production, very dangerous for unskilled and under-trained teenage workers, has been automated at most chains for many years.

Another restaurant innovator, based not surprisingly in San Francisco, is Eatsa.  Eatsa is the first to innovate completely automated food dispensing.  It imitates systems from the 1950s that were manual versions of the same concept which is cubbies to pick up food pre-ordered.  In this case, the cubbies are high tech enclosures with motorized doors and LCD screens that display the customer name and meal status.  Orders are placed on iPads at store kiosks or by iPhone prior to arriving to pick up the meal.  Eatsa may also want to automate the food preparation.  That is a company secret.  But it is easy to see how both the counter and prep functions can be automated to provide a completely machine based fast food solution.